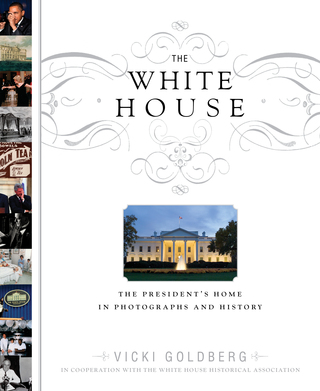 Writer and lecturer, photography and art

A COUPLE OF REVIEWS Of MY WRITING:

BRUCE DAVIDSON:
".... using the skills that have made her one of the great modern critics of the photography scene, Goldberg applies a subtle lyricism to the life and work of Bruce Davidson--some subjective editorial and emotional "overlay" whose brilliance is heightened by its being hidden behind the objective facts and photographs."
-- Joseph Klein on Amazon

LIGHT MATTERS (collected essays): Regarding an essay on Joseph Koudelka: "This is gorgeous writing. Not just succinct, it is profound. In half a paragraph, Ms. Goldberg has explained one of the most difficult issues critics must deal with, and it is necessary to note in savoring it that there is no learned jargon, no platitudinous cant: She can make this complex thought clear to her readers because it is clear to her, and because she is confident they can get it." - The New York Sun


"Few writers on photography can match the wit and authority of Vicki Goldberg. LIGHT MATTERS, a collection that brings together 25 years of essays and reviews, is full of sparkling tidbits: 'Photography's invention was peculiarly timely, occurring as it did just as the human life span was expanding and the prospect of an afterlife shrinking.'" - V & A Magazine (Victoria & Albert Museum)

EXCERPT FROM MY NEW YORK TIMES REVIEW OF THE SALLY MANN SHOW AT THE NATIONAL GALLERY, IN WHICH I DISCUSSED HER OBSESSION WITH DEATH -- MARCH 29, 2018
.....
There is a kind of heroism in staring straight at the vexed meanings of landscape, the complexities of family, memory and life itself, as well as the face of death and the carnage of history. There may be nothing heroic about an obsession with death, but when it produces high-caliber art the issue is effectively closed. After all, death is obsessed with us, and it will have the last word.


AN EXCERPT FROM MY INTRODUCTION TO CIG HARVEY'S BOOK,
"EMERGENCY," 2013:

Cig Harvey’s world has a tendency to veer about twenty degrees north of expectations. It’s barely possible that an imp hides in her camera – it might even be an imp that moonlights as a mystery writer – and what do you know, it steals out now and then to put its stamp on her photographs. How else to explain a girl quite pleased with a huge leaf of cabbage on her head, or a woman in a dress standing on a buoy in the middle of the ocean? Oh bother, trying to answer questions like these would be rather like trying to explain a piano concerto, or, for that matter, love. I’d gladly settle for the influence of an imp. However they came about, pictures that pose such entertaining and unanswerable questions map out a decidedly individual and delightfully off-compass realm.

Which brings up the question of whether explanations are a suitable answer to photographs. Some things are meant to be experienced, not parsed. It’s true that certain photographs cry out for elucidation (or at least captions). If they’re news photographs, it’s useful to know whether you’re seeing friend or foe, Cambodia or Afghanistan.. If the images are from unfamiliar cultures with myths and politics beyond our ken, we need help. But abstract photographs like Francis Bruguiere’s cut-paper abstractions in the 1920s or Shinichi Maruyama’s recent photographs of jets of paint flung into mid air? We know how they were made, but the real response lies out beyond the facts.

The White House: The President's Home in Photographs and History (Little Brown, 2011) - in cooperation with the White House Historical Association -
250 photographs from the 1840s to 2010 of the White House, the presidents, their wives, children, staffs, guests, pets,kitchens, bathrooms, etc., plus relations with the media and involvement with technology
The Christian Science Monitor had it on their holiday list, Vanity Fair had it in Hot Type, Newsday had it in its New Design Book section. I spoke about it at the National Archives and various other places, including Wellesley College and Dartmouth. A week before the election, American Profile magazine did a cover story on it.

Light Matters, a selection of my essays (Aperture, 2005)

Editor, Photography in Print: Writings from 1816 to the Present (University of New Mexico Press, 1988)
October, 2006, Wall Street Journal names this one of the five best books ever on photography

Missouri Honor Medal for Distinguished Service in Journalism, School of Journalism, University of Missouri at Columbia, 1995 (previously given only to photographers)

Visiting Committee, School of the Museum of Fine Arts, Boston, 2004-2006 (the committee was discontinued)